On New Year’s Day I sent out a message of hope and best wishes to my list for the New Year. Included was this quote from Rainer Maria Rilke:

And now we welcome the New Year, full of things that have never been.

It is the same quote I used last year. I had planned to use a different quote each year but found myself coming back to this. As I looked for other quotes, this is simply still true and speaks most to me. 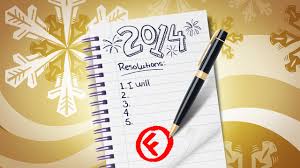 A big reason I like it is because it is not about making resolutions. That to me is a pass/fail paradigm. Rilke words are words of anticipation and opportunity.

We all tend to think about how we will do things differently in the New Year. It is natural. We want to move forward and make the best possible life. Unfortunately, many people affected by ADHD look back at past years and to their eyes it appears that things have not changed much.  This can make one feel a failure before the year even gets fully underway.

That is thinking in a pass/fail paradigm! You might as well make resolutions!

Let go of that!

In the beginning of the year I encourage people to think in terms of intentions. To me intentions are about movement forward. The metaphor that I think of is a cup of water. A resolution is to empty the cup of water. To succeed by the end of the year the cup must be completely empty of water.

An intention it is not an all-or-nothing proposition. If the intention is to move some of the water out of the cup that will happen. You will pour some out and some will naturally evaporate.

Notice I didn’t say remove water from the cup because that is a negative proposition. We want to be moving in a positive direction therefore only positive action occurs. Note also that some of the movement of the water was directed, the pouring, and some was non-directed, the evaporation.

Movement or flow whether deliberate or not causes more flow effortlessly moves you forward.

Movement forward takes you to new places, new things and new discoveries. That is where you find a life “full of things that have never been.” Rilke

Abigail Wurf works with adults, couples and parents affected by ADHD or executive function issues (see definition below) in a coaching and/or consulting capacities. Her clientele also includes college and graduate students struggling to make it through their programs.