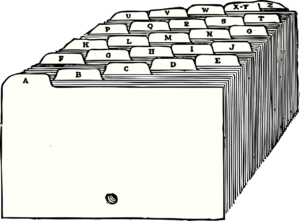 I was listening to a podcast called ”How I Built This” which interviews entrepreneurs. Guy Raz, the host, was interviewing David Neeleman. I was interested in the interview because David Neeleman is affected by ADHD. He is probably best known for founding Jet Blue.

One of the things he talked about was his ability to see simple solutions to complicated problems. During meeting people would discuss complicated ways of doing things and he would see a way to cut through a lot of twists and turns and find simple solutions.

We tend to make things more complicated than they need to be often in life and discount simple solutions. Or we come up with complicated systems when a simpler one will do.

The example for me that always comes to mind is many years ago before online bill paying, I had files for each company that sent me a bill. My bills would pile up because it was a pain to file them. It took time. Finally someone suggested instead of a file for every billing company why not just have one file for bills. As the bill got paid it would go into the file. Making it simpler to file and more likely to happen. At first I argued that what if I needed to find a bill it would take forever. They pointed out that the bills would be in close to chronological order so if I needed to find a particular bill it wouldn’t take to long. Additionally it wasn’t that often that one needed to go back like that. Further it was better than not filling them at all and making it much harder to find anything. I adopted the new system and my bills were filed in a timely manner much more often. Also it was easy if I needed to find an old bill to simply go to the file and look at the dates to find it.

Many people with ADHD make complicated systems to solve organizational problems that they are unable to maintain. As I have said before KISS – keep it simple “sweetheart.” The simplest solution is often the best for us because it is usually easier to maintain.

Another type of simplification I have been thinking about is how often to expect myself to do something. Meaning what do I need to do weekly and what can I do less often. For example I need to grocery shop weekly but I don’t need to pay my bills weekly. Now I pay my bills once a month. I write in my calendar a reminder so I don’t forget. For others simplification may mean putting as many bills on automatic payment as possible so they don’t have to worry about remembering.

Simplification may also mean looking into farming out tasks you never seem to get done. For many of my clients this may mean looking into hiring someone or a service to do such things as cleaning or laundry. Not everyone can afford to do this on a regular basis but even occasionally might be helpful. For example you don’t need to necessarily hire someone to come weekly to clean but maybe once a month or every other month might help you simplify and keep up with the cleaning tasks.

For me, I really struggled with keeping up with the bookkeeping of my business. So I hired someone to do it. It was hard to afford her in the beginning but it was worth sacrificing in other areas to afford her. It simplified a great deal for me and reduced a lot of stress I was feeling.

Take a moment to look at the tasks you are not getting done. Are your systems too complicated? Could they be simpler? Are there tasks you could stop doing or do less frequently? Could you trade, barter or pay to get some of these things taken care of? Just something to think about!