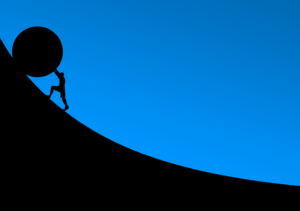 Goal setting helps you to:

Unfortunately, those of us affected by ADHD struggle with the concept of and/or act of setting goals. I think this is because we don’t believe we can achieve our goals. Often our personal history gets in our way because we are more acutely aware of goals we didn’t achieve as opposed to goals we did achieve. The overhanging senses of failure and frustration that commonly dog people affected by ADHD are hard to overcome.

Partly, I believe, it’s because we often take things too literally. As the saying goes, “The only constant is change.” The act of writing down and committing to a goal is important but it is equally important that as time moves forward, one’s goal has to move forward as well. This means making adjustments as needed by being responsive to whatever factors affect the initial goal. The problem is that we see adjustments or re-calibrations to a goal as failure when in truth it is responsiveness and “attentional.”

What you know when you first set a goal is not the same as what you know weeks or months into working toward the goal. The more informed you are by your experience, the more likely your goals will change as you progress forward with your life. Stop seeing that as failure. Write down your goals and if need be do it in pencil so you can easily adjust as you go along. Sometimes after setting a goal we realize that it was not realistic for us. That is OK. Live and learn. The only one who needs to know if you have abandoned a goal is you, and that is not failure. It simply means the goal you set out to achieve is not going to happen, at least in the short term. Move on.

When I wrote my book, “Forget Perfect: How to Succeed in Your Profession and Personal Life Even if You Have ADHD” I thought it would take me about four months. In reality it took me almost a year. My goal was set on the foundations of ignorance. I simply had no idea what it took to write a book. That is not failure. Let go of perceiving unrealistic timelines as failure. What was important is that I got the book done and am satisfied with the result. Could I have done it quicker? Probably. Could it be better? Probably. None of that matters if I am satisfied with my outcome, the book got done, and is in the ballpark as to what I imagined it would be. Success!