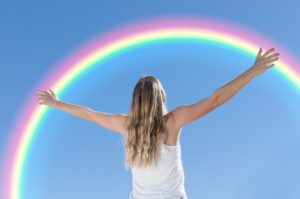 It is easy to get pessimistic about the world today and about our own lives.

I used to be an incredibly pessimistic person myself. This is understandable as I suffered depression from a very early age, had anger issues and was generally out of control. My mode of operation even into adulthood was to make choices not based on opportunities but on least regret. In other words, my choices were based on what I thought I would least regret doing. The assumption being that there would always be some regret no matter what you did.

There were some good reasons for my negativity. Some not so fun things happened in my life as I was growing up such as my father dying when I was 13 and my last grandparent dying by the time I was 17. Here is the thing though, many others have the similar experiences and many much worse. As an adult, the worst thing that happened to me was waking up from back surgery at age 30 and not only being in more pain than I was prior to surgery which was significant but also losing my ability to dance after a lifetime of dancing. Not only was it my profession that I had been doing it since I was a child, it had been my one solace. The only time I felt free was when I was dancing, especially when I was creating dances.

My 30s were a dark time in my life. Following the surgery, I had two follow up surgeries, was rear-ended by a car and broke my back. I was extremely depressed and unsure what to do with my life.

One day though, everything shifted. I was working at home at the computer and it suddenly occurred to me that I was managing despite the chronic pain, ADHD, depression, etc. I was getting up each day and showing up in life. Not bad. Then I thought, actually it was impressive that I just kept going regardless of the bad stuff. All my experiences had made me strong and scrappy.

I concluded that everybody has at least one something if not more that is painful or difficult or stifling in their lives. I was not so different and there was simply no reason I couldn’t shift my focus from the bad to the good. All it cost me was saying goodbye to dwelling in negativity that had become comfortable and known. It meant having new experiences some good, some bad but regardless I didn’t have to be pulled down by the bad.

This isn’t denial. It is simply deciding to embrace what is succeeding no matter how small. Now I can hear some of my clients saying what if there is no success. Look for it. On paper physically I am not a success, I have been in chronic pain for almost twenty years now but instead I choose to think about how I have managed to reinvent myself and created a life that is by no means perfect but I am still here. I get through each day and to me that is pretty damn successful.

What are you not embracing about yourself? I have yet to meet a client that I couldn’t find something good to embrace about them. An exercise I think is great to do is to write your biography and then look at it clinically. It is not all about what bad has happened or what failures might of occurred. Are you still standing? Are you still getting up each day and facing it? That is success. Embrace it.

Important note: If you are suffering from depression, get help. I didn’t get better all by myself. I created a support system of doctors who played important roles in helping me live a better life.