Talking Back to Your Inner Critic 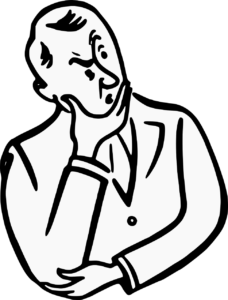 A colleague of mine suggested a book called Playing Big. It is about women stepping forward and playing in a bigger arena. I haven’t finished the book yet but was struck by the beginning of the book talking about our “inner critic.” The author put this in the framework of women’s issues but I believe we all suffer from the “inner critic.”The inner critic is the judgmental voice inside our head telling us how we can’t do things or how we will fail if we try something different. The inner critic is very black and white in its thinking. We are bad or good and nothing in between. We are too lazy or too hyper, too righteous or too insecure, and so on.That inner critic is basically saying you don’t measure up, you’ll come up short, you’re not ready yet because you didn’t prepare enough and so it goes on and on.How do we silence our inner critic – we don’t but we can talk back to our inner critic.Questions like:What proof do you have?What are your biases? Why do you keep saying that negative observation? How are we not good enough, show me?The inner critic often doesn’t have proof without distorting past events to get to that proof. We can take on the inner critic and win by being dispassionate about it’s absurdities.The inner critic can be challenged by facts, objective observations, and proof.The inner critic also often forgets the progress we make and tries to pull us backward to dwell in difficulties we have already overcome. We need to combat this by pointing out our successes and forward movement on past struggles because that is what they are – past. We don’t need to buy a ticket and revisit those low moments unless it is to point out moments of having conquered those struggles or lightened those low moments to moments of grace.When is your inner critic most vocal? What are you doing or thinking that brings out the judge? Are you just thinking lazy and not staying present with where you are at now as opposed to then, whatever the “then” represents to you.I believe in a firm hand when taking on your inner critic or judge. Don’t let insidious little whispers of the inner critic going by unchecked. Always challenge it – is this lazy thinking on my part? What do I really know to be true?