Trying To Start a New Habit? Six Steps to Success

Trying to Start a New Habit?

Almost everyone I know or have worked with, have some habit they want to develop or behavior they wish to change. Unfortunately, it is not easy to develop a new habit or change a behavior especially if you are affected by ADHD. 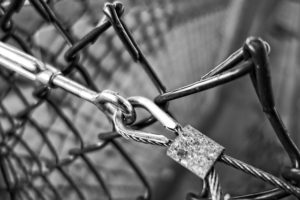 But it is possible and will cause discomfort. The thing to remember is that it is not an all or nothing game. There are varying stages of success and you need to appreciate all of them.

First the habit or behavior is bright, “shiney” and new. It is a novelty so you make it happen, if you remember. Then after awhile you either start forgetting or are no longer motivated to act in the new way.

The second stage is the forgetting or loss of motivation. You are at a decision point. You either decide you have messed up and quit or you acknowledge the misstep but not use it as an excuse to quit.

The third stage, the starting again, is hard because the novelty that pushed you forward before no longer exists or at a much reduced level. This is getting back on the horse after you have fallen. It is tough because you know it will most likely happen again in the not to distant future.

The fourth stage is a repeat of the second stage of stopping, forgetting or wanting to quit.

The fifth stage is starting yet again the behavior or habit you are trying to change or adapt. The key is to look at the number of days you were successful and not the days you were not successful except to examine them is a curious manner. Try to remember what got in your way of your goal to change. What happened in the instant you decided not to do the new behavior or habit? How can you re-address the situation if it occurs again?

The first five stages can loop over and over again for awhile and it is important to remember that change is extremely uncomfortable and hard.

The sixth stage and final stage is when you are automatically achieving your habit or behavior change without thought. But you will have to loop through the stages, most likely more that once to get here. Once here you must still remain vigilant and not to slip back into stage two or four. You will most likely but then you just start again.

Final thought: When starting a new habit, research has shown the best way to do this is to hook the new habit to a habit you already have. For example, hopefully you are in the habit of brushing your teeth every morning! Now the new habit you want to start is to begin taking vitamins every morning. Hook the two activities together. Do the new habit right after you do the old established habit.